1. Kim Jong-il, "Dear Leader" of North Korea since 1994. The son of the communist state's "Great Leader", Kim Jong-il has super-expensive tastes, with 17 palaces, and collections of hundreds of cars and about 20,000 video tapes. On one state visit to Russia, he reportedly had live lobsters airlifted daily to his armoured private train. He is believed to spend around $650,000 a year on Hennessy VSOP cognac and maintains an entourage of young lovelies known as the "Pleasure Brigade"

2. Ferdinand Marcos, President of the Philippines, 1965 - 1986. The Second World War freedom-fighter turned kleptocrat secreted billions of dollars in overseas accounts. His wife Imelda, however, was the big spender, leaving 888 handbags and 1060 pairs of shoes in the Malacanang presidential palace when the family fled mob justice after Marcos was deposed. Her pricier purchases included the $51 million Crown Building and $61 million Herald Centre in New York and art by Michelangelo and Botticelli

3. Nicolae Ceausescu, President of Romania, 1967 - 1989. The "Geniul din Carpati", or Genius of the Carpathians, was congratulated (by telegram) by Salvador Dali on his excesses, which included his use of a kingly sceptre. Despite an official salary of just $3,000, he found the cash for 15 palaces, a superb car collection, yachts, fine art and bespoke suits. Tens of thousands of homes were demolished to make space for his 1,100-room, 480-chandelier Palace of the Parliament in the capital, Bucharest

4. Saparmurat Niyazov, President of Turkmenistan, 1990 - 2006. The President for Life and "Turkmenbashi", or Father of all Turkmen, was at the centre of an awesome cult of personality. Vanity projects included a £6 million revolving gold-plated statue of himself in the country's capital, Ashgabat. He shifted around £3 billion to overseas accounts, renamed the month of January (after himself), banned beards and ordered that his musings be displayed alongside the Koran in mosques

5. Idi Amin, President of Uganda, 1971 - 1979. The self styled "Lord of All the Beasts of the Earth and Fishes of the Sea", "Emperor of Uganda" and "King of Scotland" awarded himself the VC, or Victorious Cross, and CBE, or Conqueror of the British Empire. He also spent millions on a super-lavish lifestyle - maintaining a reported 30 mistresses as well as five wives and fathering at least 43 children. A typically mad-capped project was the creation of a personal bodyguard of bagpipe-playing 6ft 4in Scotsmen

6. Joseph Stalin, Leader of the Soviet Union, 1922 - 1953. The "Gardener of Human Happiness" and "Brilliant Genius of Humanity" was celebrated in his lifetime by thousands of stylised statues and monuments erected across the Soviet Union - many of which were moved or destroyed in later "de-Stalinisation" drives. He also had a taste for palaces, booze and cigars and preferred to travel by armour-plated private train with a Tsarist court-style entourage

7. Mohammed Reza Pahlavi, Shah of Persia, 1941 - 1979. The "King of Kings" and "Sun of the Aryans" spent a reported $100 million on celebrations for the 2,500th anniversary of the Persian monarchy in 1971, serving breast of peacock on Limoges china to dignitaries in a 160-acre tent city at Persepolis - close to poor villages. His superb collection of sports cars can be seen at the National Car Museum of Iran, alongside custom models by Mercedes-Benz and Porsche for his son, the Crown Prince

8. Saddam Hussein, President of Iraq, 1979 - 2003. The Baathist leader with a fondness for gold-plated bathroom fittings, and Kalashnikovs, rebuilt Babylon on kitsch rather than authentic lines, stamping each brick of the "reconstruction" with his own name in the manner of Nubachadnezzar, the ancient Babylonian king and conqueror of Jerusalem. His playboy eldest son Uday, meanwhile, kept a private zoo with lions and cheetahs at his Baghdad residence and owned a collection of 1,200 luxury cars

9. Mobutu Sese Soku, President of Zaire, 1965 - 1997. Siphoning his country's wealth into Swiss bank accounts was a speciality of the "All-Powerful Warrior", whose personal fortune was estimated at $5 billion in 1984 - then equivalent to country's national debt. Mobutu's extravagances included palaces and pink champagne, yachts and shopping trips to Paris by chartered Concorde. His second wife Bobi Ladawa rivalled Imelda Marcos as a compulsive spender - with a reported 1,000-dress wardrobe

10. Suharto, President of Indonesia, 1967 - 1998. The former bank clerk embezzled more money than any other leader in history, according to Transparency International. In 1999, Time Asia put his family's wealth at $15 billion. Playboy son "Tommy" was the biggest-profile spender - lavishing money on cars and clothes and buying a majority stake in Lamborghini before a conviction for murder in 2002. His daughter "Tutut", meanwhile, spent $100,000 on chartering one shopping flight to the US.
Nach oben

Was ist an Kommunismus dekadent? 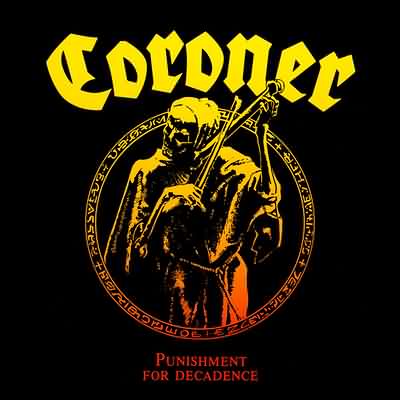