You will find selected Black Metal CDs, Vinyls and Shirts. Of course the available releases of our labels and our partners

SHROUD of SATANs first album will be released at "Beyond the Mirror of Worlds" on the 21st of November 2015 in Nordhausen, where
SHROUD OF SATAN will perform some new songs for the very first time live. 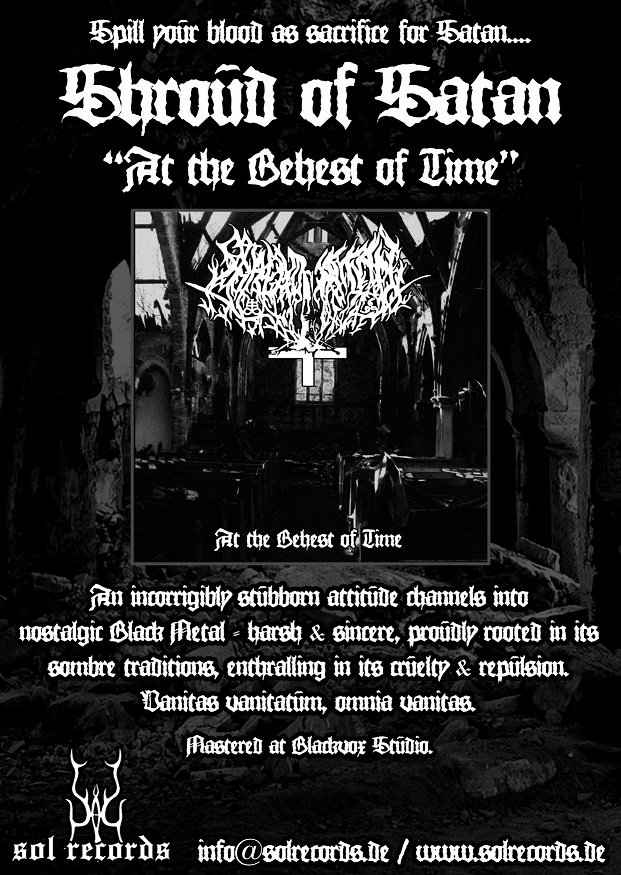 Shroud of Satan - At the Behest of Time

OUT ON 21th November

We are proud to accompany "Beyond the Mirror of Worlds" with a special vinyl split release, gathering three out of the four bands whose paths will cross and culminate at this night: COSMIC CHURCHs track, clocking in at over seven minutes, was initially recorded for a split release with Belgian Nartvind that never materialized.
BLOOD RED FOGs song was recorded in 2015 and lyrically adapts a poem by Finnish writer and Nietzsche translator Aarni Kouta (1884  1924).
Ultimately SHROUD OF SATAN present a track out of the recording sessions for their upcoming debut album "At the Behest of Time".
This exclusive material is eternalized on a single-sided 180g 12"LP including a gatefold-like fold-out-cover. 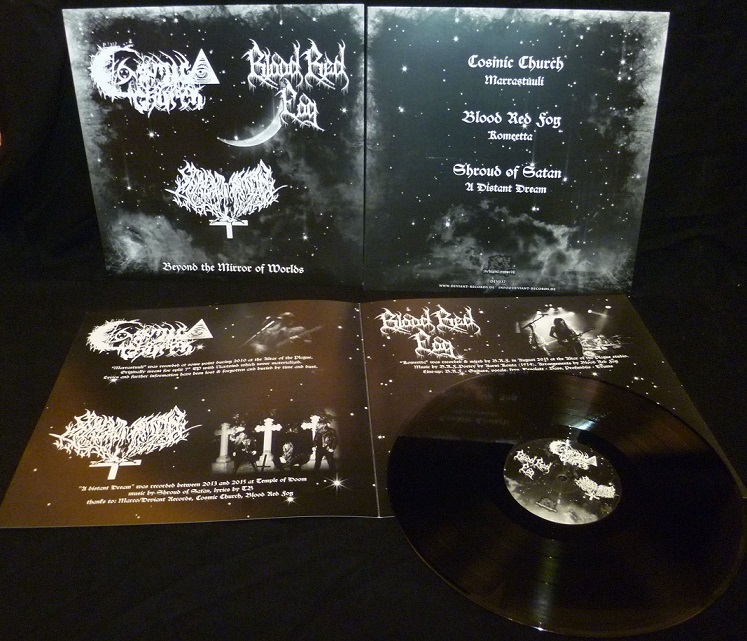 It will be released and sold at Beyond the Mirror of Worlds Event and is limited to 300 copies.
You will find it at the Deviant Records merch table. Remaining copies will be sold afterwards via Deviant Records online shop.

Some copies are still available, get your copy at: http://www.deviant-records.de/order/vinyl

Out now and available at: http://solrecords.de/order/cd 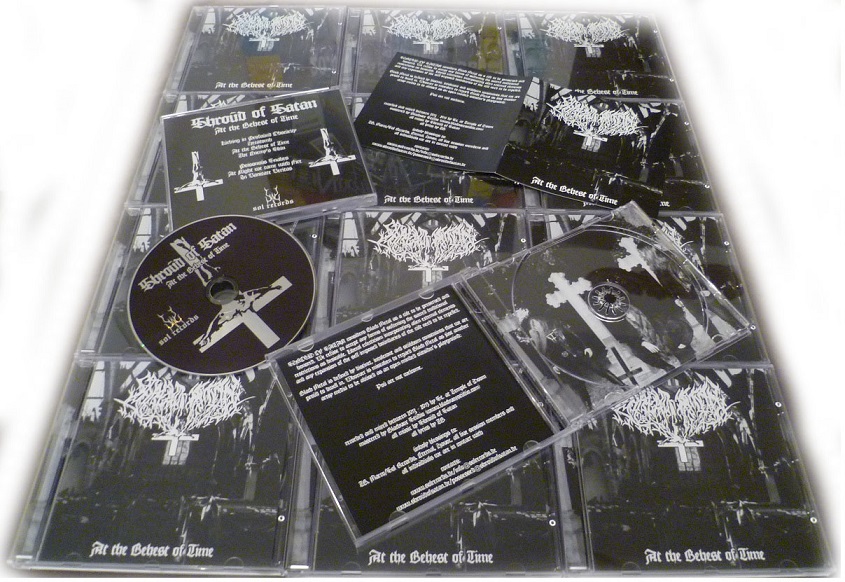 -
OUT NOW on DEVIANT RECORDS 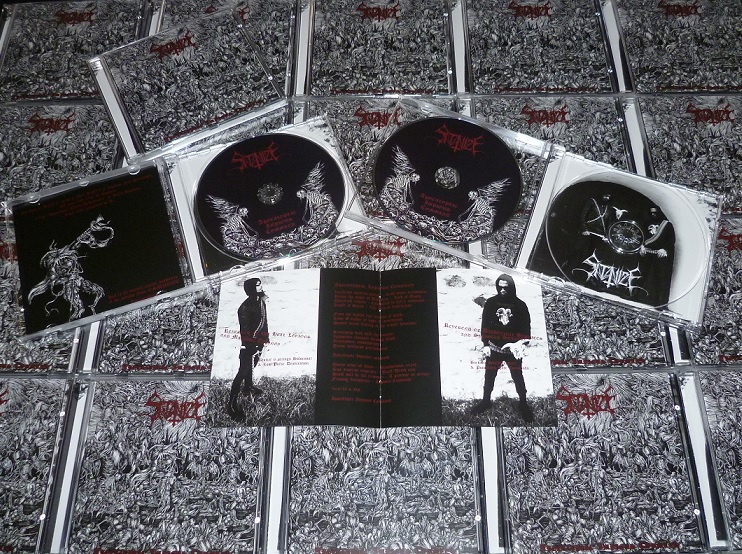 Deviant Records is honoured to unleash the 4th album of Portugal's SATANIZE.
These heretics arouse intimidating Satanic terror in proud tradition of bands like Black Witchery and Proclamation.
"Apocalyptic Impious Command" is charged with a barbarous will to destroy everything with a rusty hammer or a blunt & dirty club,
impassioned to return and, if necessary, obliterate whatever is left. May the Holy Kingdom fold and crumble in defeat!

The CD is limited to 500 copies and comes with 8-sided Booklet.

Heres one song of the upcoming Kuilu Album. The album will be released on CD as Digipack and later on DLP by Deviant Records:
Kuilu - Madot
Nach oben 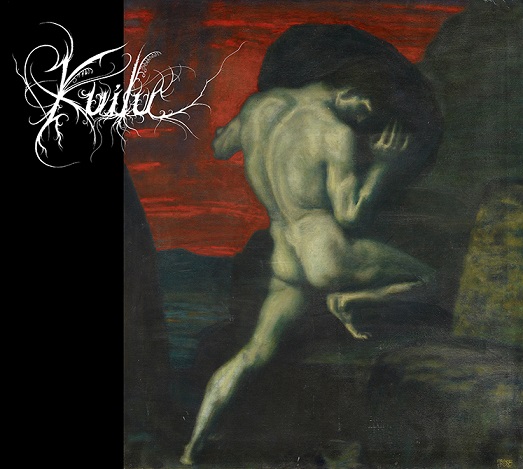 KUILU's debut album "Monumentti" will be released on May 5th 2018 via Deviant Records and will be available for the first time at their gig at Beyond the Mirror of Worlds II.
Here's the title track of this forthcoming mischievous masterpiece of oppressive Black Metal:

OUT NOW on DEVIANT RECORDS: 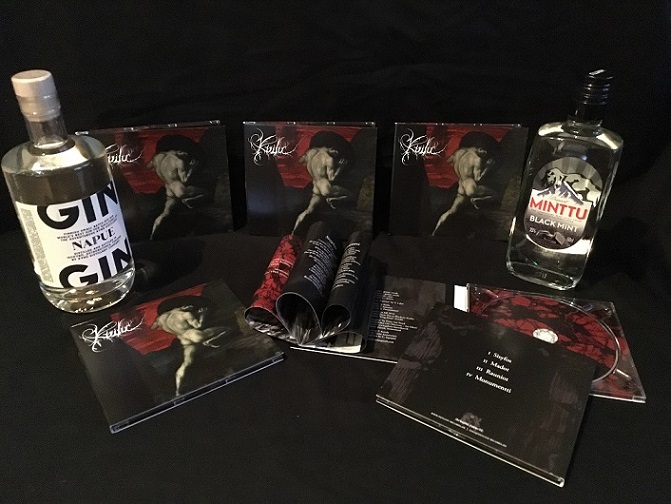 Finland's KUILU debut with "Monumentii" - an album impressively drawing the listener into a sultry lair of oppression, discomfort and suspense. It captures a violence that does not rely on superficial pathos or ornamental figuration, but lingers around an unsettling core of paralyzing torment.
It's suggestive and enigmatic, yearning for that precise moment when dreadful torture becomes conscious.

Here are some reviews of Kuilu´s Monumentti. And a short interview with occult black metal blog.

Also a small amount of the Pins are available at the Deviant Records Shop now. 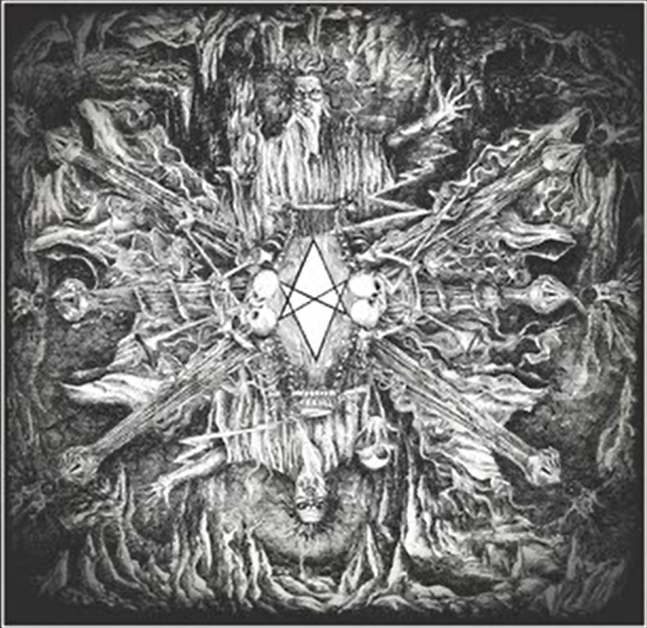 CD will be released on June 20th 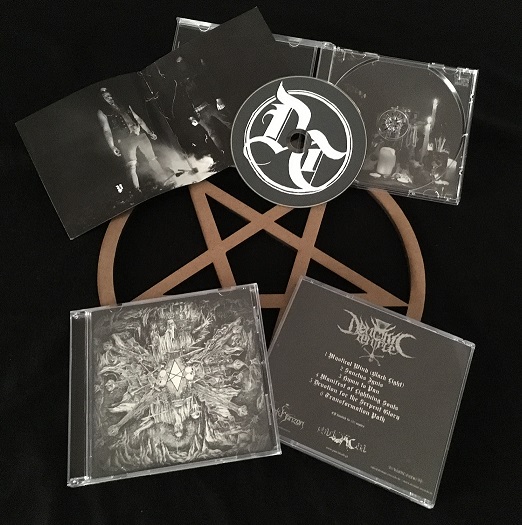