1.Hello again, How is Fenriz this eve?

2.Starting off .mighty Darkthrone will be releasing two albums this year
as well as another in 95 speak of these.

"Panzerfaust" is coming in December 94 on Moonfog. In the first half comes our never before released "Goatlord" album, which was originally was to come after "Soulside Journey." Then comes "Total Death" sometime in 95, primitive as fuck and hard. With lyrics by people from the entire Norwegian horde! Collection of Norwegian Anti-Christs. Future releases: "Unholy Black Metal" and "Krieg" We do not believe that any of these releases will have such hideous sound as "Transilvanian Hunger," but the sound sure wont be pretty!
________________________________________

3. "Transilvanian Hunger" has already caused a stir concerning fascist view points it is not carried in your own countrys shops. Why are these distributors blind?

4.I have read another interview with Fenriz in which you state Darkthrone will never become a full time "project" for fear of following Venoms path downward but rather as an "interest" it will always stay true to the cause in opposition to $. Please expand on this and its reasoning.

5.On this same topic it is sure a Darkthrone performance in almost any landin Europe would cause a violent uproar why the lack of this?

6.Ahh..you are also a appreciator of the greatest Deutsche acts of old. Kreator, Sodom, and the mighty DESTRUCTION!! To me these acts earlier material is more powerful than many of todays black metal acts explain your admiration of these once greats and will we ever hear "The Ritual" or "Curse the Gods" a la Darkthrone? Yezzz (due to the fact that this manuscript went through a transcription and a translation, the word "Deutsche" became "Dutch" by the time mighty Fenriz received it. The translator apologies for this most horrid and unintentional mistake which was never meant as an insult to the masterous Deutsche bands. ED)

Dutch? Now you are not only way out in the fields, You are in the wrong field with an Albanian tractor!! The first 3 publications of Kreator, Sodom, and Destruction are an enormous part of the black metal tradition. (Dont forget Possessed, through were, as everybody knows from the USA) The tree above mentioned bands are GERMAN! Some Darkthrone riffs will always be Destruction inspired. These bands are embedded in my blood. For Helvete!
________________________________________

7.And your lyrics...hmmm...graphic visions of the "unknown" which Fenriz has experienced. You made an interesting point that as Satans poet you can hardly claim the poems as your own. (yet they arise from yourself.) reminiscent of what Varphalak of Samael once stated "It is Satan speaking through my mouth".thoughts on this?

8.And our brother Varg has also contributed to this new material as well explain his involvement and the results

9.Aye, your involvement in Cymophane, 8.22 seems to have stirred as opposition against Fenriz I feel all ant-christians should unite versus them.. for divided we will fall backwards in upon ourselves while united we will march across the opposition...what have you done to unite the "factions"?

10.Cymophane is a unit of heathens striving to cause a rebirth of our ancestors ways yet I know very little of Fenrizs beliefs and practices can you expand on this for me?

11.Let us speak of Isengard a pure expression of thyself speak more of this project and its intent

12.Vocals in Isengards newest material bring to mind a Viking Warrior and in todays terms are more akin to bands like Candlemass than most black metal bands.

13.Aye, Fenriz and Warge seems to have been influenced much by J.R. Tolkien (in choices of names anyway) your thoughts on this author and the reasoning behind this?

14.Also along the same lines I have often wondered how much of a role role playing game and fantasy books have had in the Norwegian scene. I have seen hints toward this but never a direct statement for or against be honest here.

15.Also.. the influence of a few narcotics or hallucinogens seems like it could be apparent in Norse black metal thought Your experiences and am I correct in this assumption?

16.Neptune Towers current release entitled "Caravans To Empire Algol," from Fenriz is an all synth project. You stated Klaus Schulze as your main influence speak of this piece and Schulze.

17.On the Same topic.. what do you think of bands/composers like Vangelis, Dead Can Dance, Tangerine Dream who have been doing this for years.. any influence there? 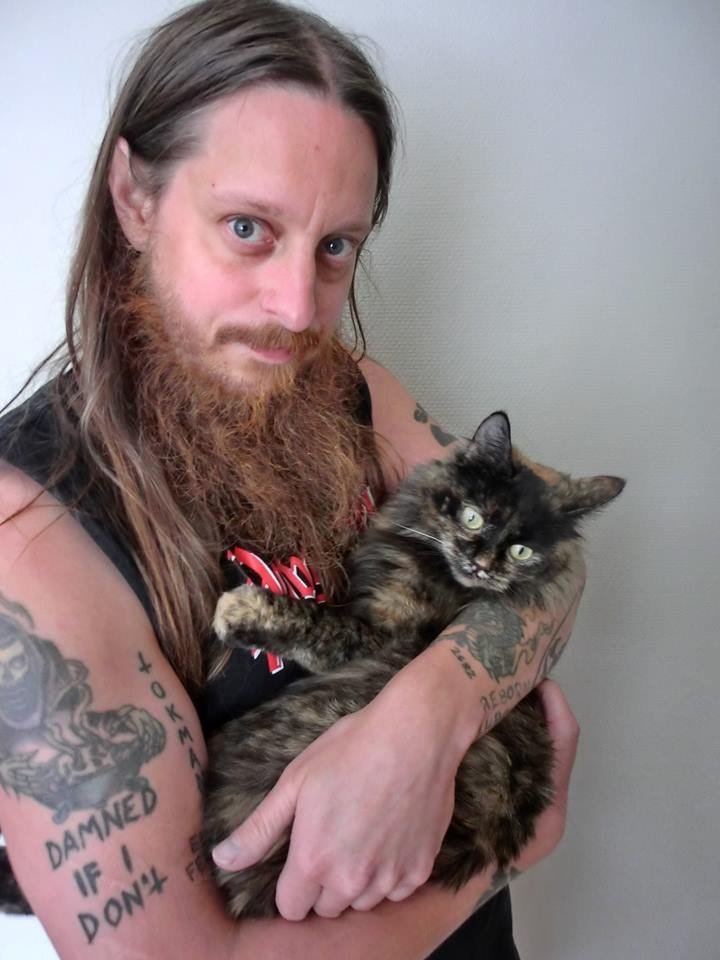